Dacotah Paper Co. is a fourth generation, family-owned wholesale distributor of over 7,000 different products from America's most trusted brands.
We Specialize in:

1929 unleashed the worst economic crash in US history, however Greenwood Stationery continued on its own growth path. Bill Mohr often made deliveries on his bicycle in order to save gas while making sure his customers were getting their orders.

In 1932, the company name was changed to Dacotah Paper Co. serving an ever-widening area. 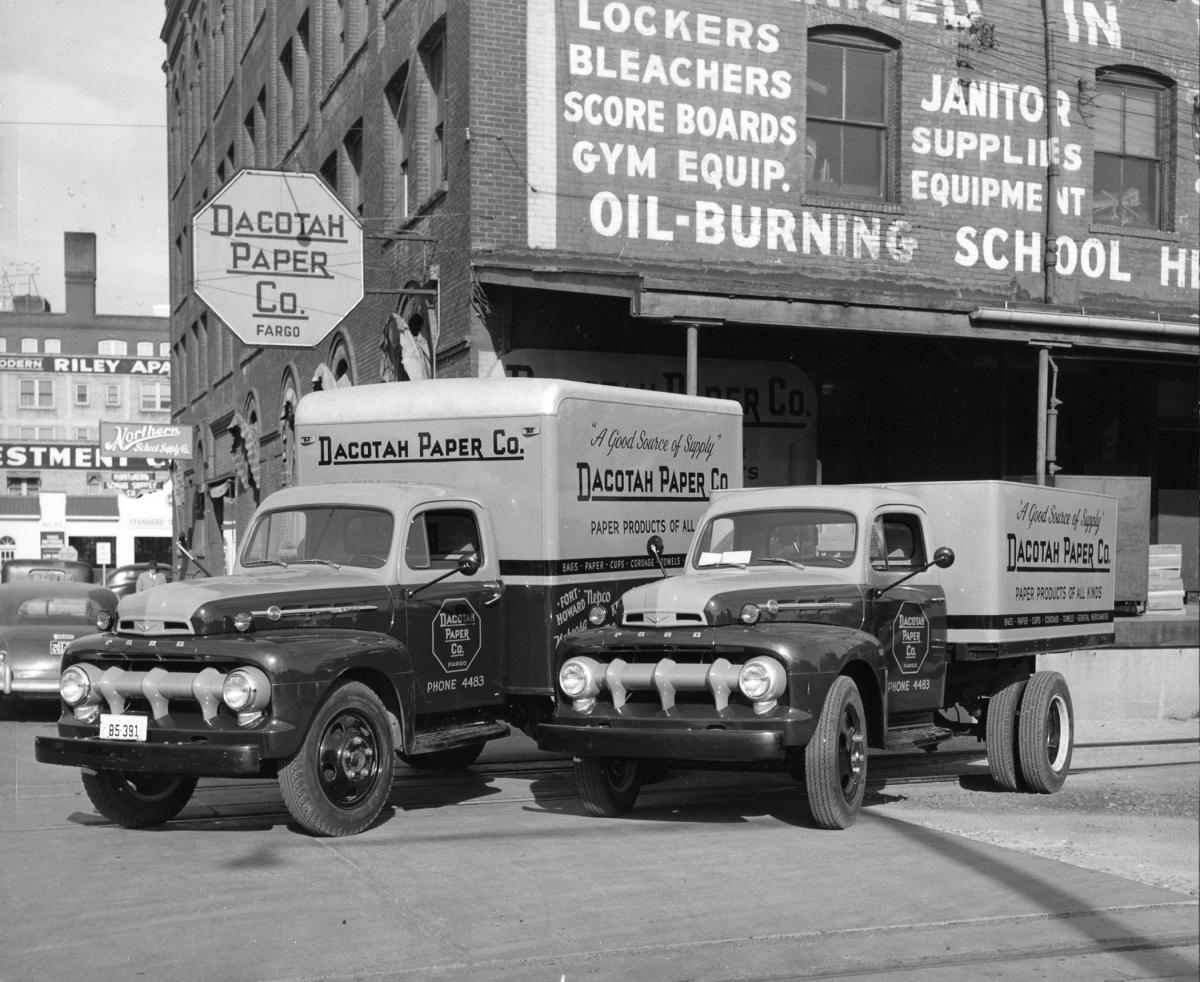 In 1951 – the paper business division became its own entity and incorporated as an ND corporation – Bill Mohr named President.

Dacotah Paper Co. purchased a building in Fargo serving as both headquarters and product warehouse for over 30 years. Bill Mohr’s son, Fred W. Mohr joined the company as a salesman in the Jamestown territory. In 1957, Fred moved to Fargo to expand the data processing department.

Matthew Mohr, Fred’s son, took an interest in Dacotah Paper at an early age, and worked periodically in its product warehouse. In 1985, Matthew became Operations Manager.

In 1987, the company continued to grow and modernized their expanded operations by moving to a Fargo Industrial Park facility with 220K square feet. 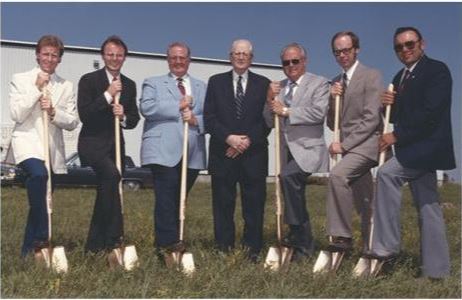 Growing from primarily stationery products in 1906, Dacotah paper Co. now distributes over 7,000 items from trusted brands. Our service delivery area now includes 7 states with our iconic black and gold fleet of over 50 trucks.

Pictured: One of our black and gold semis in the Dacotah Paper fleet. Our distribution area reaches into 7 states.

Berea Mohr, daughter of Matthew joined Dacotah Paper Co. in 2016, starting in Customer Service, and now highly involved in the company. She oversees the online store, works with fleet delivery dispatch, and other various trouble spots. She is being trained to take on the fourth generation Mohr business legacy.

Dacotah Paper Co. continues to grow by adding an additional 55,728 square feet of warehouse space to its primary distribution center in Fargo. With the 5 divisions in Minnesota, this brings Dacotah’s total office/warehouse capacity to approximately 343,000 square feet.